Each year the ABP awards Honorary Membership to individuals who have been distinguished contributors in the field of Business Psychology or who have rendered special service to the ABP. So, we are pleased to announce that we would like to give the Honorary Membership Award for 2021 to Colleen Amos OBE and Brian Baxter 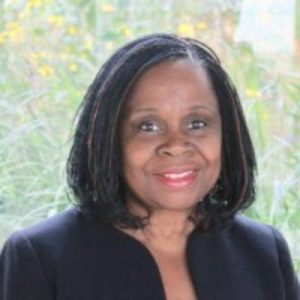 A previous ABP Award winner, Colleen Amos founded and runs the Amos Bursary, a charity that helps Britain’s talented young people of African and Caribbean descent, who attend state schools from challenging environments, fulfil their academic potential, attend top universities, secure good professional jobs, and give back to society. British people of African and Caribbean heritage are the most underrepresented in key positions throughout the UK and only 2% of board members in FTSE 100 companies are Black or minority ethnic (Global future, 2018).  Colleen’s work directly addresses a core issue we are seeing in our society today by putting programmes in place to support and nurture young people from minority communities and to change the negative narrative and perceptions about young black people.  Several incidents in last two years have provided a shocking reminder of how important it is for this work to be done. It is work like this and people like Colleen that are the driving change behind walking the walk and we at the ABP are fully supportive of this and want the world to know about her inspirational work 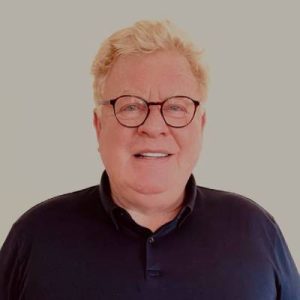 Brian has many years of international experience providing strategic and leadership consultancy services to C-Suite executives around the world, developing their personal and commercial effectiveness. Over the course of his career, he has built up and sold several consulting practices. During the 1990’s he was Senior Partner at organisation consulting firm Kiddy & Partners. Earlier in his career, he was a consultant and manager at Arthur Andersen in London and Chicago. He has also worked for British Airways, planning a major strategic organisation restructuring programme, and Atkins where he carried out large-scale project-management roles in Europe and the Middle East. His current practice is a virtual organization.  Most significantly, Brian is the Founder-Chairman of the Association for Business Psychology (now the largest professional body of business psychologists in Europe).

Brian’s Irish Celtic heritage instilled a passion for the study of the enduring problems of Western Culture and a taste for the iconoclastic.  Marx’s Grundrisse, Huxley’s alternative realities and dark futurism, the divisive philosophy of Georg Hegel’s, the radical and sterile world of RD Laing, Brian has an appetite for what challenges and perturbs us.   In 2018 the ‘Economist’s View’ stated Rulers of the World: Read Karl Marx!  They reminded us all that books are not objects, rather they are emotional and intellectual experiences that change our perceptions of how the future could be (for better and for worse).  Brian’s study spurs an intellectual liberalism, embracing displacement, the unalike and the rational.

A bold thinker and individualist, Brian supports the development of hundreds of FTSE 100 and C-Suite executives globally, and continues to promote the ABP through conference attendance, media work and most significantly by providing mentorship to the ABP board members.

An outsider, entrepreneur, idealist and disruptor, Brian was very keen for a new direction for psychologists practicing business.  To participate and succeed, everyone must be free to achieve their potential and Brian helped others meet their potential by providing a home for business psychologists from all backgrounds, professions and experiences.  Twenty years later, the ABP brings a sense of belonging and fulfilment to its members, as people of psychology, these are the most innately human aspects of their being.

In the early days of the new millennium, the presence of ‘business psychology’ was growing considerably, and those of us working in the field were attempting to formulate its purpose and areas of capability.  It was viewed by Brian and others as something different from the focus that “occupational psychology” provided to clients.  Business and actual real clients’ needs did not seem to be a major priority to the scientifically trained occupational specialist, rather their focus was on the technicalities of good selection, or the purist measurement of personality and abilities.  Occupational psychology was being left behind in ‘war office testing’ and businesses were beginning to view the discipline at best, as prohibitively expensive and poor value for money, and at worst as largely irrelevant.

With a coalition of the willing, Brian was resolved to start his own community of practice, the Association of Business Psychology (ABP).   Ever rational, Brian’s vision was that this community would start from the fundamental question and value of ‘what does the client actually need?’ and working from Brian’s offices in London, interested parties were not hard to locate.  An initial call attracted around 30 psychologists who began working together, setting out thee values and goals for what the ABP should aspire to be.  As the word spread about this new body of psychologists focused on business priorities, a huge groundswell of interest followed.   Today the Association for Business Psychology is the largest governing body for business psychologists in Europe.