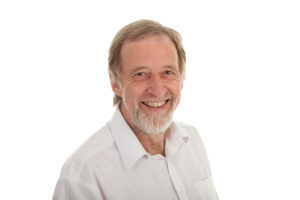 Self-report questionnaires – how can they be made more effective?

All Business Psychologists will be aware of the limitations of self-report questionnaires.  However, we are also well aware that they can be mis-used – and one of the most common misuses is assuming that they do more than they can (such as using them as proxies for ability).  Perhaps the answer is not just ‘better training’ since even Test User Ability and Personality qualified people can be guilty when operating under commercial pressures.

In this talk Roy will argue that there are problems at a more fundamental level.  He will describe how he believes our concept of personality is unclear, how the concept of values, so fundamental to the glue of the organisation, is not only mis-represented but also ignored and how the psychometric model is not always fit for purpose.  He will also describe ways in which to address these issues and present a model that provides a way to go beyond the psychometric and integrate the many strands.

Roy Childs, Managing Director of Team Focus, is an Associate Fellow of the British Psychological Society and a Chartered Occupational Psychologist.  He works as a facilitator, coach and trainer and combines a highly experiential approach with a clear practitioner focus.  His background in psychometrics includes having worked with some of the best known authors of personality questionnaires including Ray Cattell (16PF) and Will Schutz (FIRO). Now used by the MOD and British University Medical Schools Team Focus developed a new range of instruments designed to bring psychometrics into the 21st century.

In focusing on values, Roy has challenged the existing paradigm for psychometrics.  Examples include a new framework for Emotional Intelligence and the development of the Type Mapping system – a suite of 5 instruments designed to facilitate access to Jung’s ideas beyond that achieved by other instruments.  He runs the widest range of BPS recognised qualifying courses in the UK and his many publications include “the Psychometric Minefield”; “Building Teams in the 21st Century”, and he is now co-author of the book ‘The Relational Lens.’  He explains how this book should be of interest to business psychologists who have moved on from saying ‘People are our most important asset’ and recognise that we should focus more on ‘It is how people work together that is our most important asset’.  In other words we should shift the focus from the individual into the relational.

We look forward to welcoming you!